From the Walrus Bay, we sailed only for a few hours to another, much
bigger Polar Station, this one still in use for meteorological studies. In
the past, there had been more than two hundred people living at the
station all year round but, according to the Station Head, then came
Glasnost and Perestroika and the station's downfall began. 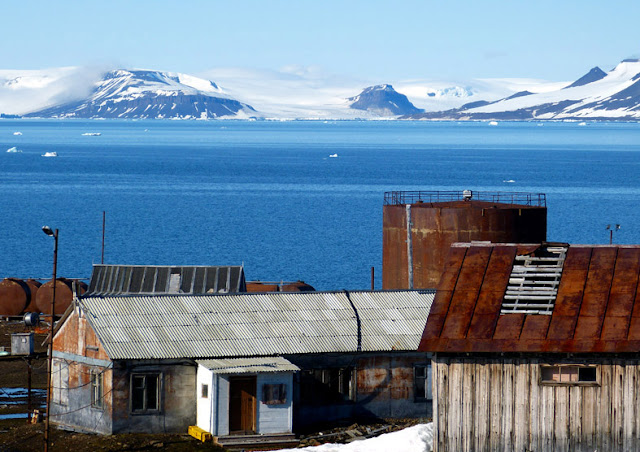 And what a downfall it had been: the whole place was like a giant scrap yard with
thousands of rusting barrels everywhere, some empty, some still leaking
chemicals, rusty vehicles, a bust aeroplane, dozens of buildings decaying
around once a beautiful lake, now full of waste. What a sad, sad place! 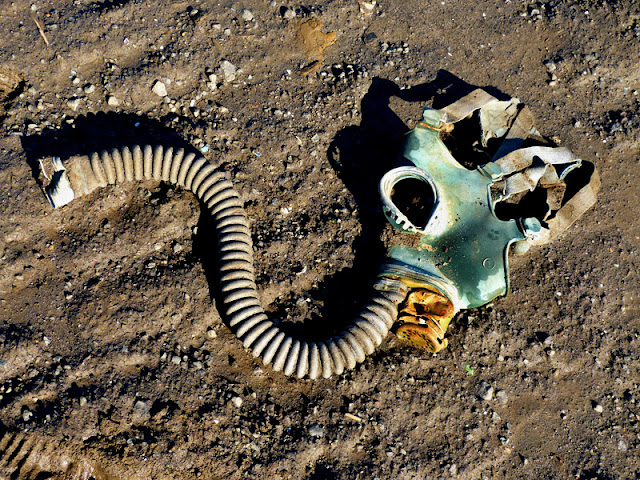 We were told that this station too would be tidied up and stored as a
museum but where is all that money coming from? And how many years would
it take to clean up a place like that, several decades at least would be
my guess! 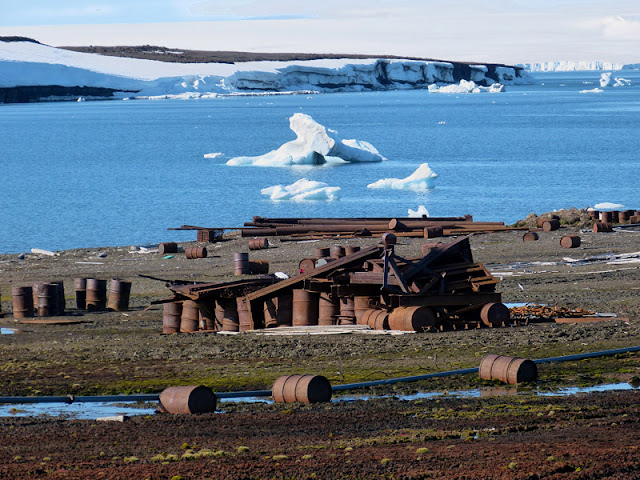 While still anchored in front of the station, Lady Dana's captain
contacted us by VHF because he was worried that our boats were too close
to each other. While standing in their cockpits and discussing the matter,
the captains came to the conclusion that there was nothing to worry about. 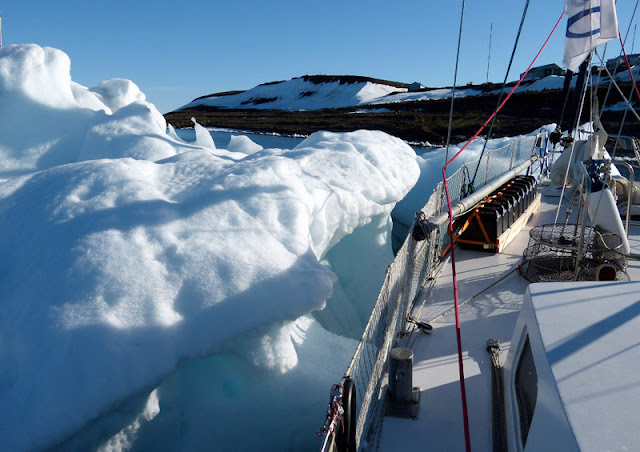 Obviously the captains had not bothered to look around them as, about five
minutes later, we heard someone shout SAREMA, SAREMA!!! and when we rushed
up on deck, we saw a big bergy bit leaning against our bow. 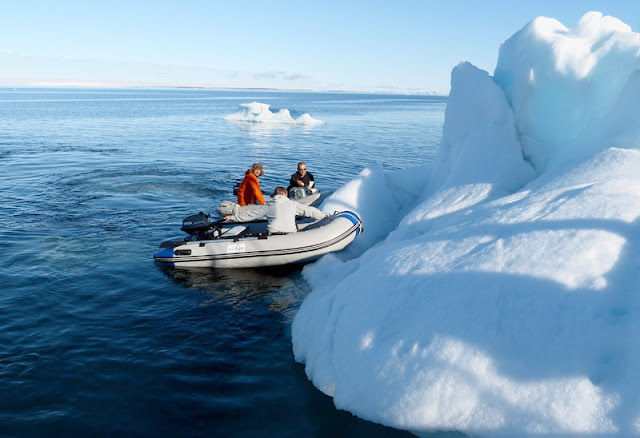 By then, there were already two dinghies trying to push the ice away from
us, and soon a third dinghy joined in. Together they managed to turn the
iceberg so that it no more threatened our anchor. As I was watching the
ice slowly sliding past us, it suddenly hit me: What if we had been alone?
Oh yes, sailing in company does have its benefits! 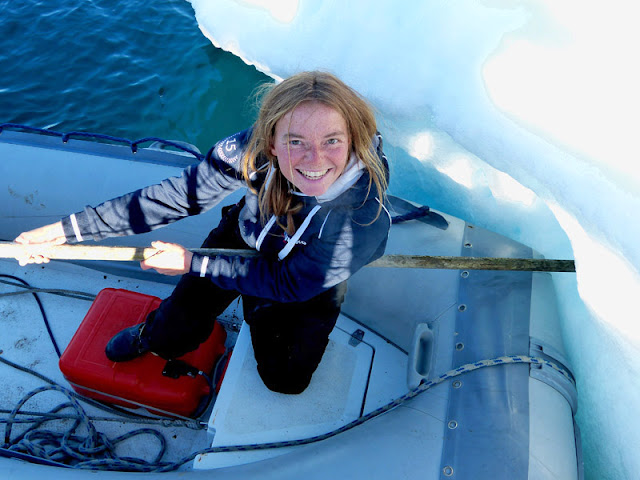