In the Walrus Bay

From the polar station, we continued further north. Our next anchorage was
a pleasantly shallow bay where we anchored in only eight metres of water.
This is quite rare in the Arctic where it is more than usual that you have
to anchor or at least try to anchor in 20 to 30 metre depths. Another
rarity, at least for us, were the walruses that called this bay their
home. 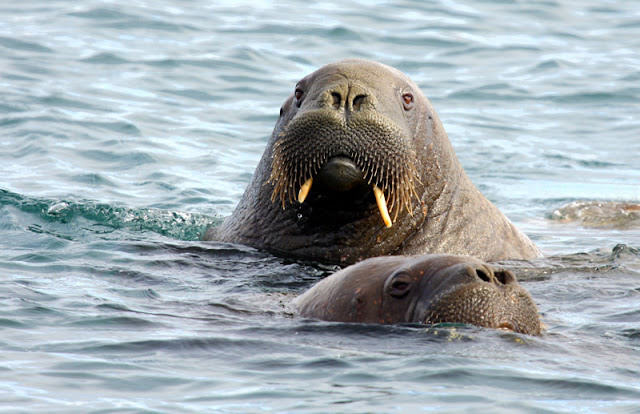 When we were on our way ashore to see the walruses closer, there was a
group of them heading out to sea, and they were exactly between us and the
shore. As walruses with their long and sharp tusks can be dangerous when
threatened, we thought it wise to board Peter I which was nearby. When the
animals had proceeded further away, we continued ashore where we were once
again protected by our friendly park ranger who had come with us here from
the Polar Station. 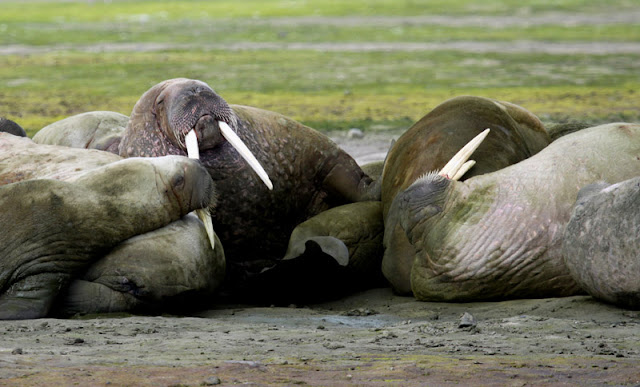 We carefully neared the walruses, some of which were dozing on land and
some on fast ice, and managed to get so close without disturbing them that
taking decent photos was possible. This meant that one of the two goals I
had set for this part of our voyage had been achieved! 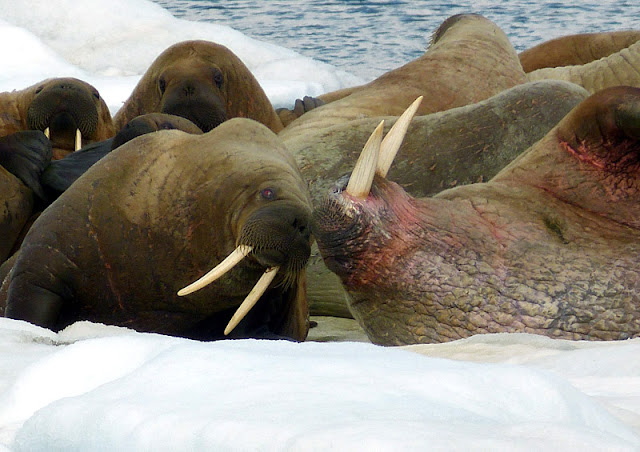