On the last day of the year, we took the fifty-centavo train to the town of Joao Pessoa. As our familiarity with the town centre was nil, we decided to follow the dense crowd swarming up the street from the railway station. After a while when the throng started to disperse, at each corner, we took the street that seemed to be the most crowded, assuming that where there were people, there would also be something of interest. In this way, we eventually arrived at a tree-lined square with about a hundred plastic chairs in the centre, and a stage at one end. There were people sitting under the trees waiting for an open-air concert to begin. 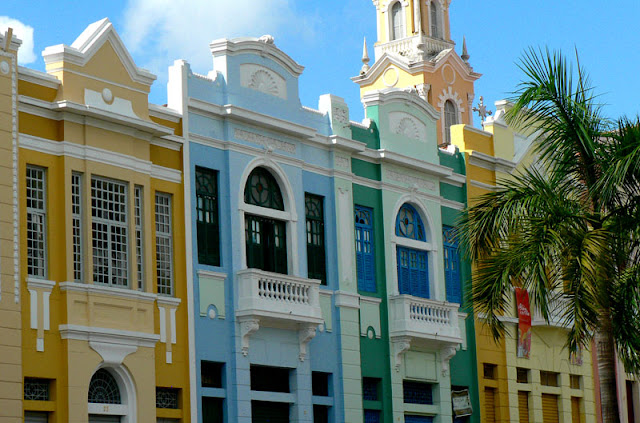 We took three chairs, two to sit on and since it was lunchtime, one to serve as a table. Pekka went to a nearby restaurant and came back with a big plate full of scrumptious food which we shared between us. No sooner had we finished our delicious lunch than the concert began. A trio comprising an acoustic guitar, a Portuguese guitar, and a tambourine played music from different parts of the country, capturing that wonderful, characteristic sound of Brazil. 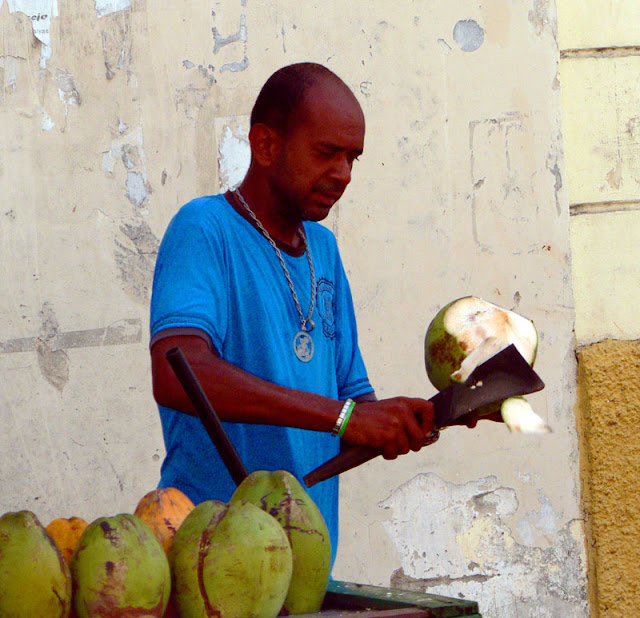 The midday sun was shining brightly but as we were sitting in the shade under the lush foliage of big trees, it didn't bother us. The only downside was that the trees were full of birds and I was hit twice by bird droppings. Normally, this would have annoyed me quite a bit but, this time, I couldn't have cared less. I just wiped the droppings off my (white!) trousers and Pekka brushed the dirt off my back, and then we continued enjoying the concert. We hadn't felt so relaxed and content for a long, long time. There must have been magic in that music!
Lähettänyt RiMaK klo 12.27