A few days before leaving for Ilha do Frade, we realized that we had to do some serious grocery-shopping to be able to stay on that more deserted island for about two weeks. We had heard that the biggest supermarket on Itaparica was BomPreco, located somewhere near the ferry terminal on the other side of the island. So, we set off and, as we did not have a map, kept walking in the direction that we thought would eventually take us across the island. After about an hour's walk under the burning sun, all sweaty and exhausted, we finally arrived on a crowded beach, the skyscrapers of Salvador clearly visible on the other side of the bay. So far, so good! As we could see no sign of a ferry terminal, we asked one of the waiters at a nearby restaurant for directions and, more importantly, the approximate distance to the supermarket. “Five or maybe seven kilometres”, said the waiter. 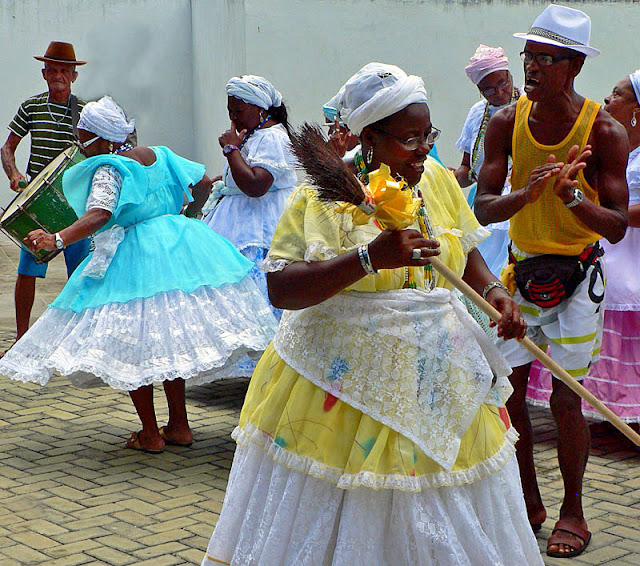 Oh, well... maybe it was time for a refreshing drink and then we would take a taxi to our destination. “If you need a taxi, I have just the man for you!” told the waiter as he brought us our drinks. Soon he came back with a young man who would be our taxi driver. His car, parked next to our table, had ordinary, white registration plates whereas taxis have red plates. But that didn't matter as many private cars operate as taxis occasionally. “We will give you an exceptionally good deal”, said the waiter. The taxi driver himself hadn't uttered a word so obviously, it was the waiter who was in charge here. “The taxi will take you from here to the supermarket, the driver will wait for you to do the shopping, after which he will drive you back to Itaparica Marina. And all this just for 200 reais!” 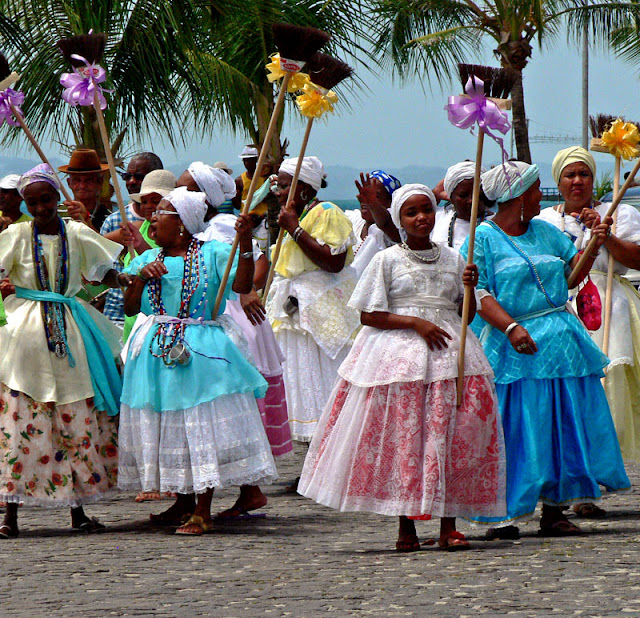 So far, we had been speaking Portuguese, but now the time had come to switch into English. Our waiter hailed another waiter to our table, and we started explaining: We are not newcomers, we have already been to Fortaleza, Natal, and Jacare, we have used taxis on several occasions, including a six-hour sightseeing tour in Natal for only 175 reais. As we thought this explanation might be convincing enough, we now gave them our counter-offer: 40 reais for the whole trip. After this had been translated into Portuguese, there was a short silence. Then both waiters burst out laughing, our silent taxi driver, smiling broadly, gave us the 'thumbs up' sign, and it was a deal! In less than ten minutes, we had gained 160 reais, pretty close to the sum we would later spend on the groceries.
It is so easy to get ripped off in Brazil, but it can be just as easy to avoid being ripped off. You just have to know how to play the game!
Lähettänyt RiMaK klo 8.56