From Petrozavodsk to Kizhi

Since leaving St. Petersburg, we have had nothing but blue skies and warm
sunshine, and no wind to speak of. The only negative thing about this
gorgeous weather are the insects; the tiny flies that crawl into every
nook and cranny they can possibly find and the several squadrons of
horseflies which we call elephant-flies because of their gigantic size,
that attack us every time we are too close to the shore. 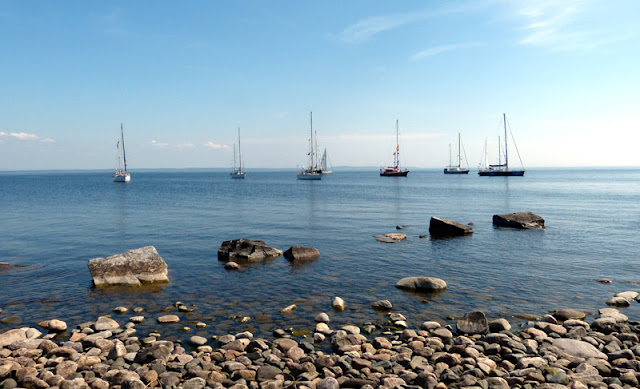 On the 24th, the fleet gathered in an old oil terminal that is being
converted into a marina, about ten kilometres from Petrozavodsk, the
capital of Karelia. The following morning we shared a taxi with the crew
of the Finnish yacht La Grande Mia, and drove to town. We spent the day
sightseeing, doing some essential shopping, and while waiting for our taxi
to come and collect us, stopped for lunch. We had borsch and solyanka,
both Russian specialities and Oh, so delicious! 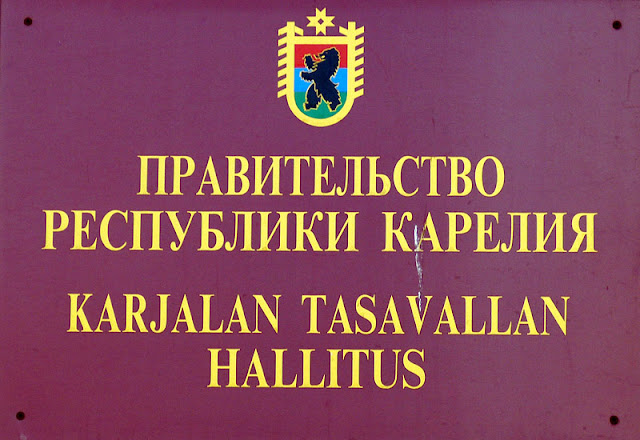 GOVERNMENT OF THE REPUBLIC OF KARELIA
in both Russian and Finnish, the official language of the Republic of Karelia till the end of the Soviet Era (1991)

In the afternoon, we cast off and motored to the Kizhi Island where we
arrived just after midnight. In some miraculous way, all twelve vessels
managed to squeeze themselves into the island's miniature harbour where we
spent the night. 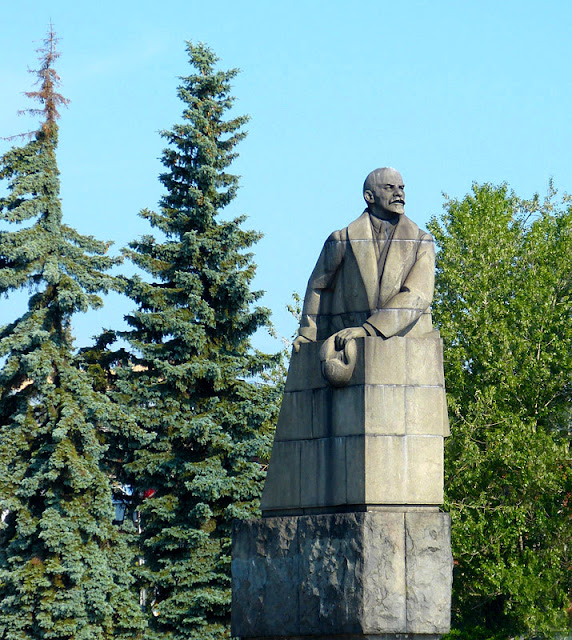 Early the next morning, we went on an excursion of the island which is an
open-air museum founded in 1966. It is a UNESCO World Heritage Site which
includes more than 80 historic wooden buildings, some moved to the island
from other parts of Karelia and the rest of Russia. 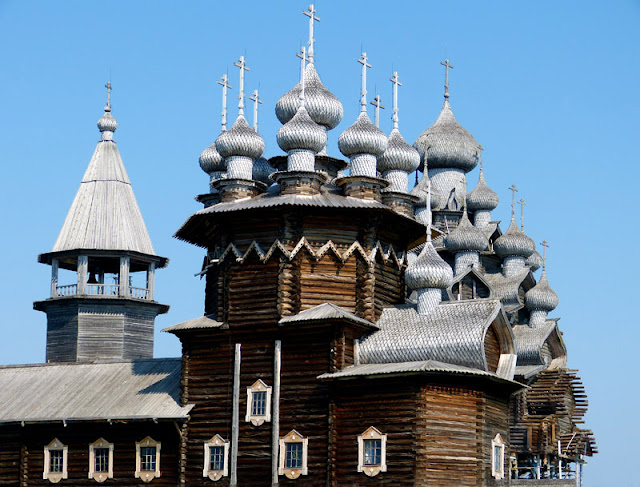 The island's most extraordinary churches were built from logs which were
cut and shaped using axes and assembled without a single nail. Their roofs
were made from spruce while the exteriors of the domes were covered with
aspen which gives the domes a beautiful silvery hue. 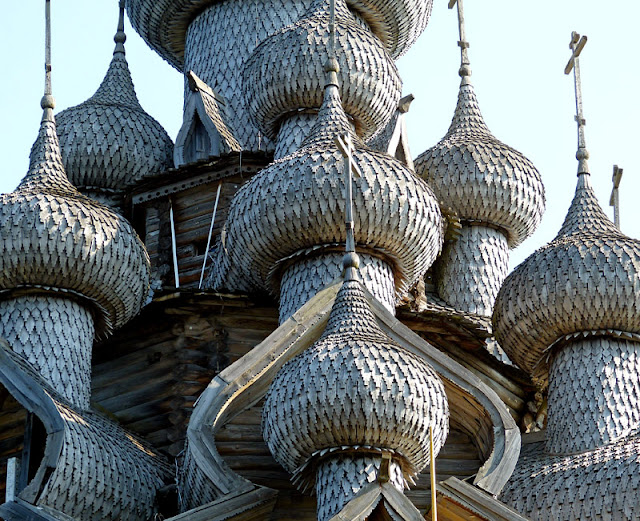 We had an absolutely superb guide who was both knowledgeable and
enthusiastic about the subject. She not only provided us with factual
information about the island and the buildings but gave us a real insight
into the lives of the islanders throughout the history of the Kizhi
Island. 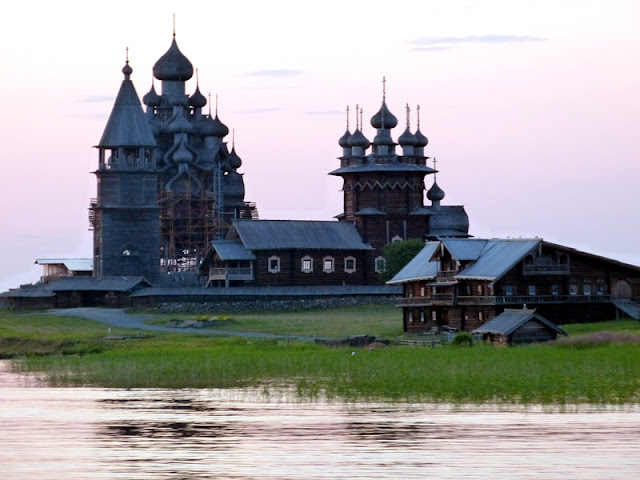