After six days at sea accompanied by northern fulmars, kittiwakes,
dolphins, and a curious minke whale, we found ourselves amidst four
trawlers. About an hour later, Sarema started shaking violently. What was
wrong, was it the engine or the propeller shaft?? Since both seemed to be
all right, it had to be the propeller although we couldn't see anything
through the dark water. Since there was nothing we could do, we continued
sailing hoping that the shaky condition of our good boat Sarema would not
deteriorate any further. 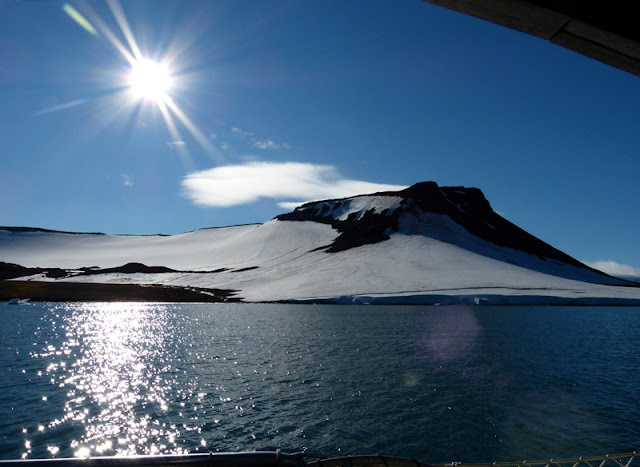 Two days later in the evening, we dropped anchor at 80° 19,090' N, 52°
51,887' E with the wind howling in the rigging, and the summer's first
snowflakes flying in the air. The following morning, we woke up to a day
of brilliant sunshine and saw what a beautiful place we had come to. After
hurried breakfast, we motored to the other side of the bay where we
anchored near an old Polar Station that would eventually be turned into an
open air museum. Our guide was a Franz Joseph Land Nature Reserve Park Ranger
who showed us around the place at the same time guarding us with his 308
Winchester against any hungry polar bears that might be too tempted to
leave such a big bunch of fresh meat alone. 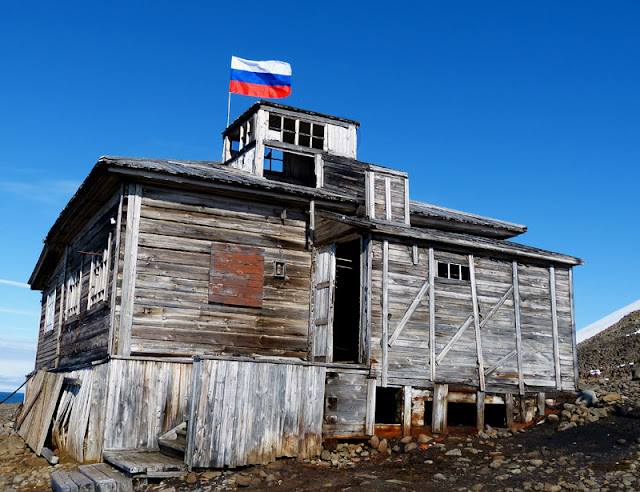 After the sightseeing tour, Pekka went to the sauna which the park ranger
had been kind enough to heat for us. And then it was time to solve the
problem with our propeller. The Polish boat Lady Dana had scuba diving
gear and a dry suit, and Daniel, the captain of Peter I, although having
very little diving experience, was courageous enough to volunteer for the
job. The dry suit was far too small for Daniel, and a team of several
hardy men was required to get the suit on him. When even the smallest of
the holes between Daniel and the dry suit had been blocked with ducting
tape, Daniel dived into the freezing water and freed our propeller from a
huge plastic bag that was wrapped tightly around it. 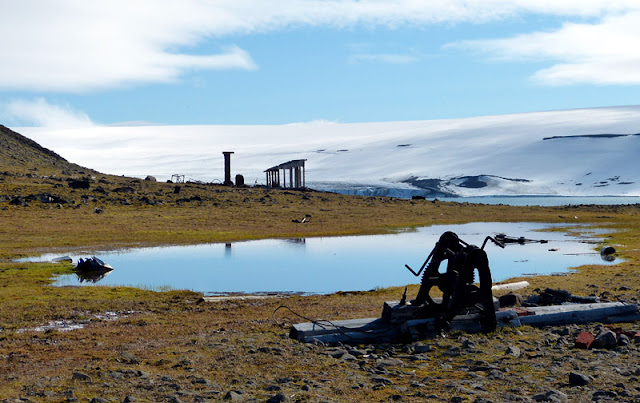 During the propeller project, the wind had picked up unnoticed. When the
three dinghy loads of Daniel's assistants were leaving, we heard someone
yell that we were dragging our anchor and were dangerously close to the
shore. Pekka quickly started the engine, I weighed the anchor, and we
motored happily to the other side of the bay for safety, no more shaking! 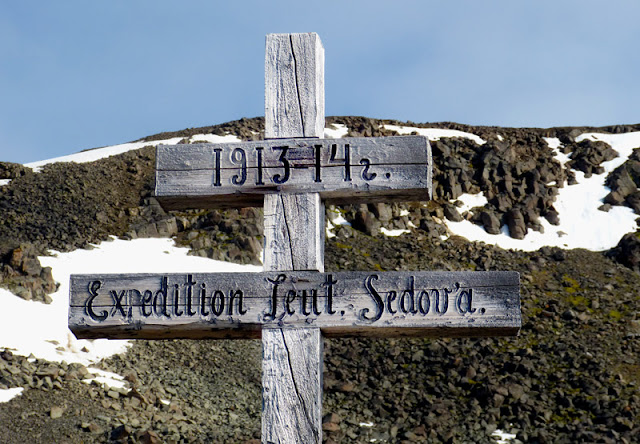