On the 30th of June, after the last lock of the Stalin Canal, when we were once again sailing on the open sea, we felt absolutely exuberant. It was wonderful to see the water stretch all the way to the horizon after so many days of narrow rivers, even narrower canals, and nearly suffocating locks. 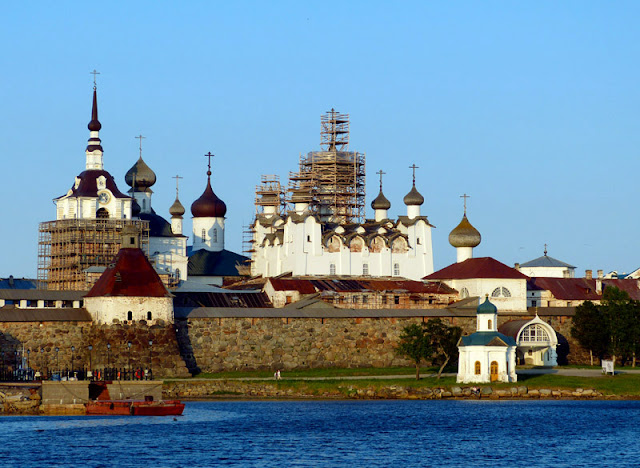 Later in the same evening, we arrived on the Solovetsky Island where the main attraction is the magnificent Solovetsky Monastery and Fortress founded in 1436. 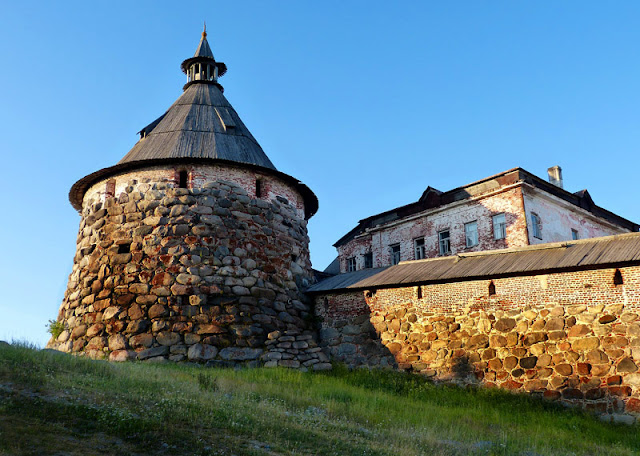 After the Bolshevik revolution, the monastery was closed down and from 1923 to 1939, it was used as one of the most notorious concentration camps in the Soviet Union. Among the prisoners were great Russian scientists, authors, and poets, officers of the White Army, and representatives of the nobility. Now, the Solovetsky Monastery is a museum and one of the first historical and architectural sites in Russia included in the UNESCO World Heritage List. 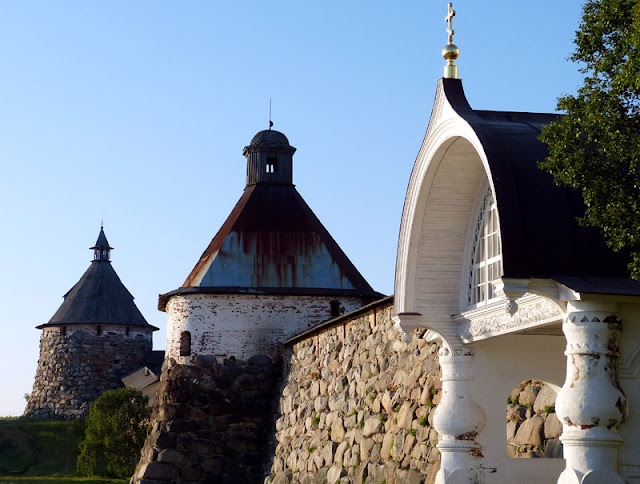 The RusArc boats stayed on the island for two nights and then continued their way, eventually heading for Archangel where the fleet will eventually disperse. When the rest of the boats left, we stayed behind. As lone sailors, we felt we needed to be without company for a while, and so we anchored in a small bay near the monastery grounds and spent there two days merely enjoying the peace and quiet around us. On the 4th of July, at 2 a.m. we weighed anchor and headed for the fleet's final meeting point near the City of Archangel. 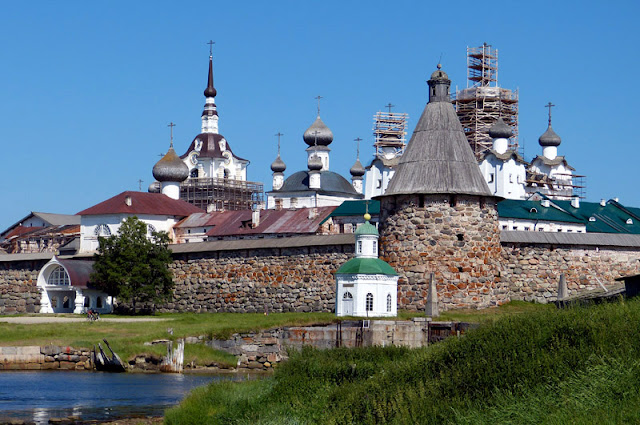