On the 27th, when Lady Dana had arrived, we joined forces and went to look
for fuel in our home bay, but without luck. The next day, our intention
was to walk over the hill to the next bay which is also part of the
deserted polar station but because of the polar bear alert, we decided to
motor there instead. This would be our last chance to find fuel which is
more precious than gold in the Arctic. 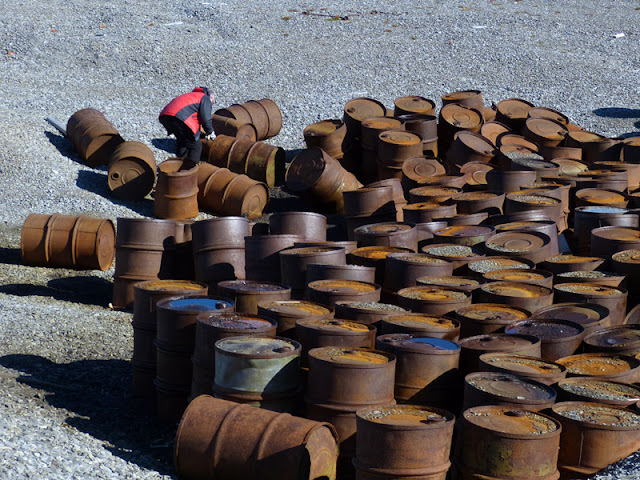 We checked every barrel and tank on the beach but in vain, they were all
either empty, filled with dirty oil or full of water. Next, we climbed up
the hill where there used to be a radar station, and there behind some
storage buildings were six huge tanks partly buried in gravel, all empty
except for the last one that had at least fifty tons of fuel, clean and
pure as gold! 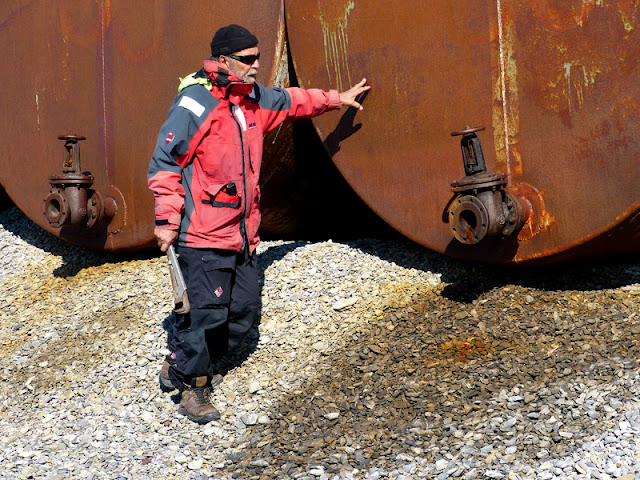 Both vessels motored there the following morning and anchored in the bay
at the back of the station which was closest to the fuel tank. And then
the work began. The tank was at least one hundred metres above sea level
on top of a steep slope. The slope was covered with loose gravel which
made climbing up extremely difficult but there was also a big patch of
snow which proved to be the best place to both climb up and to quickly
slide down, especially when a polar bear was seen on the site. 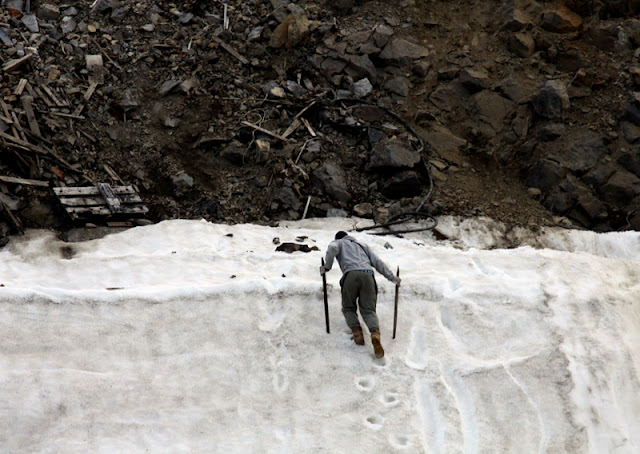 The equipment used for collecting fuel included about a hundred metres of
hose, also a hundred metres of rope, and 32 jerry cans. The fuel was
transferred from the tank through the hose into the jerry cans which where
then tied to one end of the rope and slid down onto the beach. There were
three men working at the edge of the slope filling the jerry cans, one man
was standing on the slope to shift the cans from the gravel onto the snow,
and two men on the beach to receive the cans and take them to the boats by
dinghy. 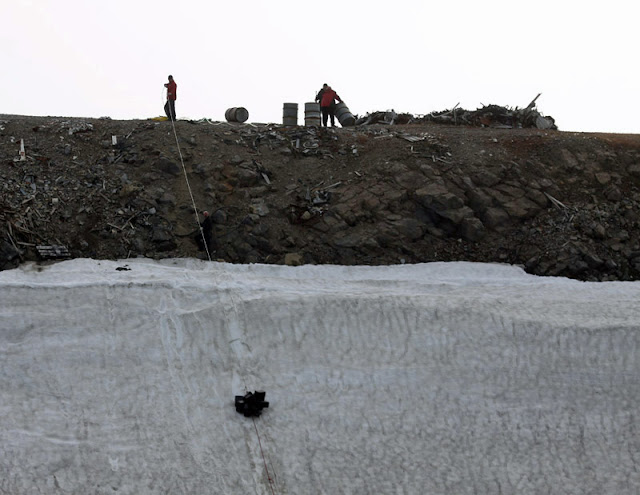 It was hard work but well worth our while. At the end of the day, Lady
Dana had filled their tanks with about 800 litres and Sarema with 1000
litres of fuel - every drop free of charge!
Lähettänyt RiMaK klo 6.09