Last night, off duty and fast asleep, I suddenly woke up to a cacophony created by Latte causing havoc in the saloon, and Pekka shouting and running around waving his hands like a windmill. I was wide awake in a fraction of a second and learned that just minutes ago we had sailed through a thick cloud of insects of which at least a hundred or so had decided to invade our boat. There were huge dragonflies with a wing span of no less than fifteen centimetres, beautiful butterflies and other big and small insects of various colours and shapes flapping around us, and Latte the Hunter running amok amongst them. We managed to get most of them out but at daybreak, when I went up, the deck looked like a battle field. Our sweet Latte, aka Jekyll and Hyde, had clearly had the time of her life. It was such a shame and a waste of beautiful creatures but there was absolutely nothing we could have done to save them. 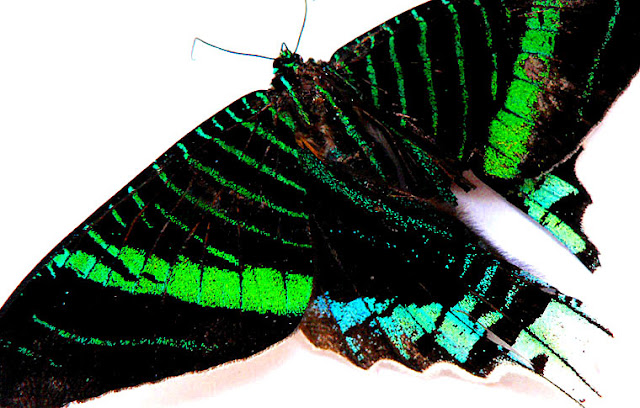 At the time of the incident, we were sailing about 25 miles off the coast. Why they had been so far out at sea, remains a mystery. One possible explanation could be migration, but the huge heterogeneity within the group makes us wonder. But, of course, we know very little about insects.
Lähettänyt RiMaK klo 14.12