We spent two nights in Kotka just waiting for the time to pass so that we could continue our journey to Russia as our visas would not be valid until the 14th. We were supposed to be in St. Petersburg as early as possible on the 14th because we were expected to take part in a sailing parade on the Neva River in the heart of St. Petersburg. 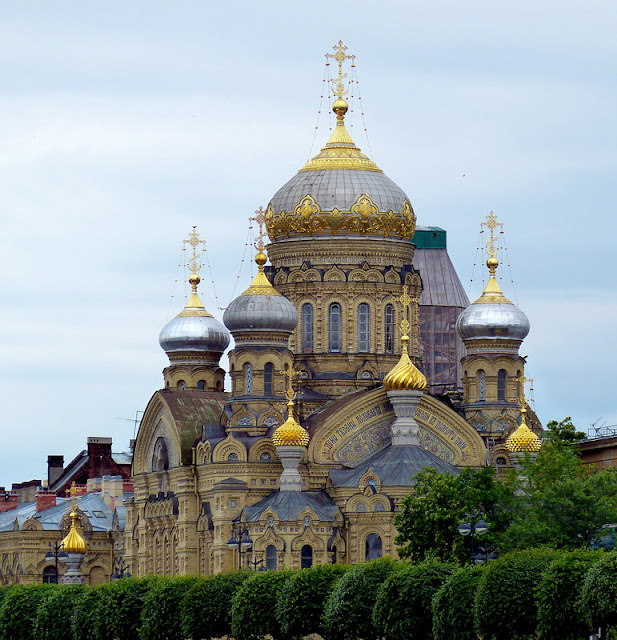 If someone had told me a year ago that this summer we would be taking part in a Russian regatta, I wouldn't have believed him. But here we are at the Krestovskiy Yacht Club in St. Petersburg as one of about a dozen participants in the International Ecological Regatta Adventure Race 80dg – 2013, organised by RusArc. According to the regatta's brochure “We are about to embark on a marvellous cruise in the inland waters of Russia surrounded by its original culture and traditions. We are going to see ancient orthodox churches made by Russian craftsmen. Furthermore, we are going to sail on the biggest lakes in Europe, become familiar with Northern Russian heritage and explore the Barents Sea behind 80°N latitude. This exciting adventure will provide us with a new amazing emotional experience under the Arctic sun.” 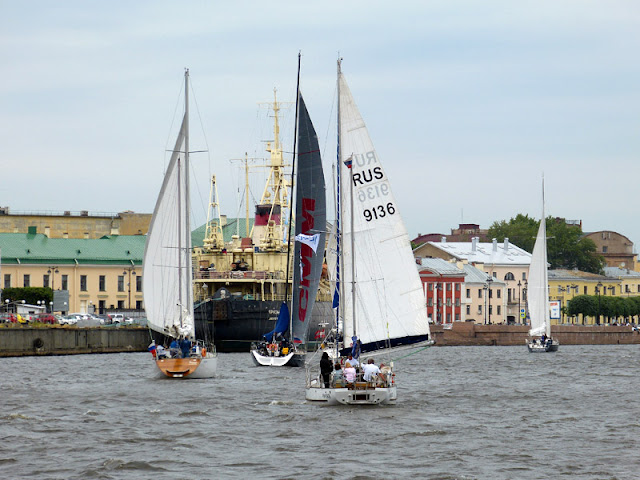 The regatta starts from St. Petersburg and continues to Shlisselburg, the Konevets Island, the Valaam Island, Kizhi, through the Belomorsko-Baltyisky Channel also know as the Stalin Channel, and the Solovetsky Archipelago, and ends in Archangel on the White Sea. 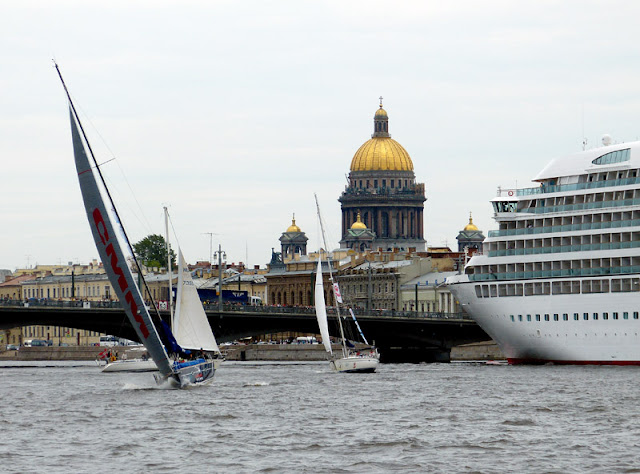 The reason why we are here now is that, after careful consideration, we came to the conclusion that by far the best way to obtain the necessary permits we'll be needing to sail the Northern Sea Route i.e. the Northeast Passage, was through the Russian organisation RusArc. 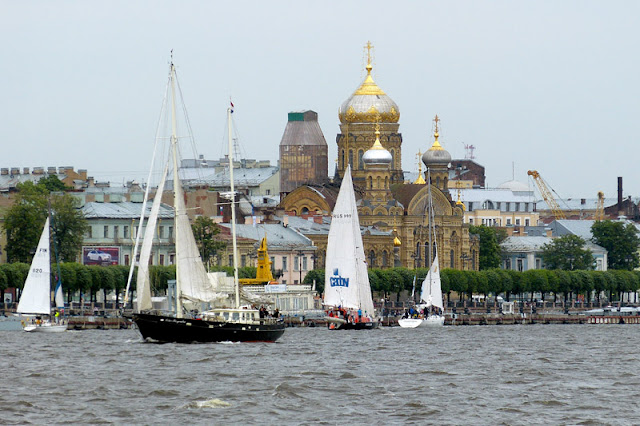 We checked out of Finland on the 13th and after only about two hours we were in Russian waters. According to the Finnish customs and immigration officer, crossing the Russian border shouldn't cause us any problems although our visas were not yet in force. In the evening, a Russian coast guard vessel called us on VHF asking who we were and where we were going but thankfully nothing about visas. After being told that s/y Sarema was on her way to St. Petersburg, they wished us a good voyage. 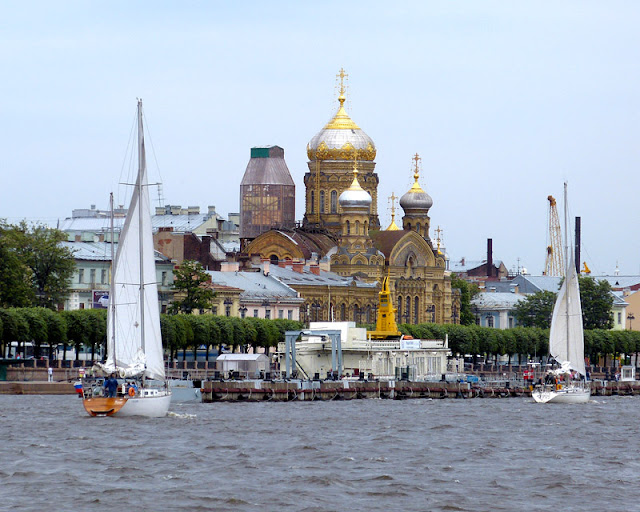 Just before 5 a.m. we arrived in the new Port of Entry for St. Petersburg located in Kronhstadt. I must confess that I had been (and actually still am) a bit apprehensive about Russian bureaucracy which has a special reputation but our first ever face-to-face encounter with a Russian bureaucrat was more than pleasant. The nice lady from Immigration checked us in Russia without any hassle. She also told us that the customs officials would not come to work until nine o'clock which allowed us to take a well deserved nap. 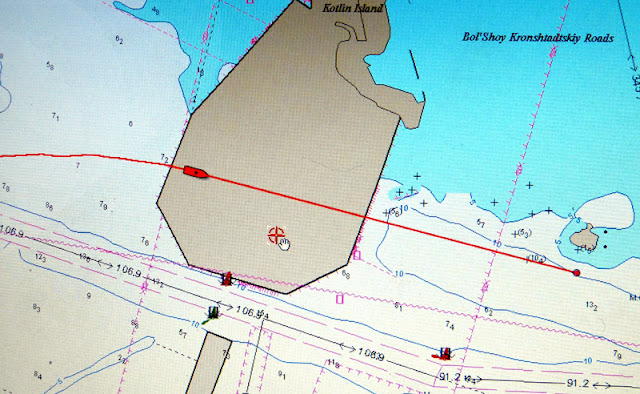 After customs clearance, carried out by four officers and a friendly Labrador, we sailed straight to the Neva River where the rest of the regatta boats were already parading for the good people of St. Petersburg. 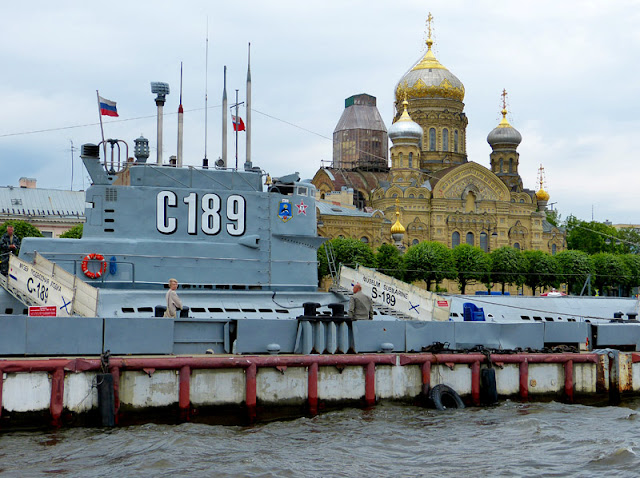 Tomorrow night, we'll leave St. Petersburg. The time may seem a bit strange but there is a perfectly good explanation for this. The only way to enter Lake Ladoga from St. Petersburg is through the city which means that all the bridges along the route must be opened for us. We are already looking forward to this grand spectacle!