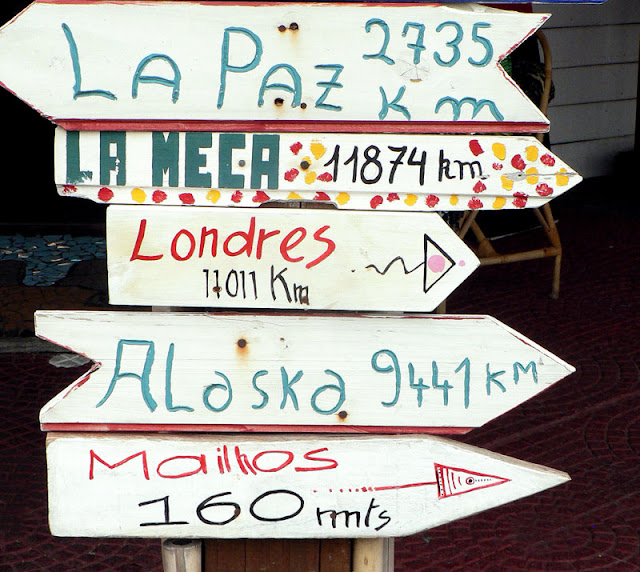 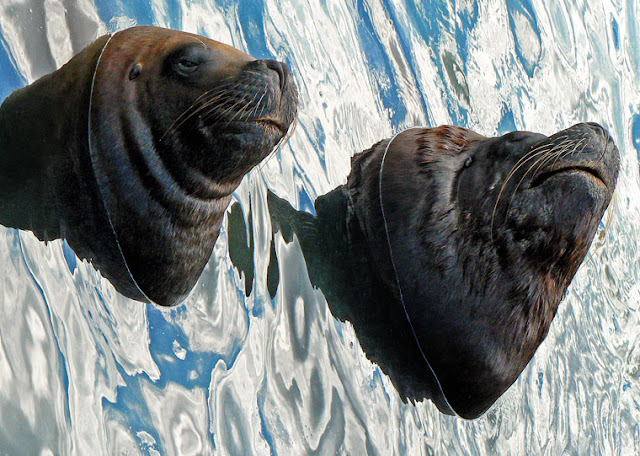 On the second day, we had ample time to take copies as the winds were still strong and the waves high and breaking. On the third day, the weather had improved enough for us to go ashore to report our arrival to the authorities, this time accompanied with the appropriate number of copies. When we returned to the boat, the wind and the waves were still harassing us so much that we decided to weigh anchor and seek shelter in the marina.
It appeared that the marina was a safe haven also for a group of South American Sea Lions. Both cows and bulls were huge but the bulls had a lion-like rusty-brown mane which made it easy to distinguish between the sexes. They slept on the concrete docks or on some unfortunate boat owner's deck, and were fed daily by local fishermen cleaning their catch in the marina. What an easy life!
Lähettänyt RiMaK klo 9.39