We are still in Natal where we have been mending both our good boat Sarema and her hard-working captain. Pekka's blood pressure has sky-rocketed, clearly due to his constant worry about the boat and our schedule, and it should be stabilized before we can continue our journey to the south. But we have spent this compulsory interval most industriously. The boat's exterior has been de-rusted and patch-painted, and her cork flooring has been partly renewed, so that she now looks immaculate both inside and out. And all the pumps are working to absolute perfection! 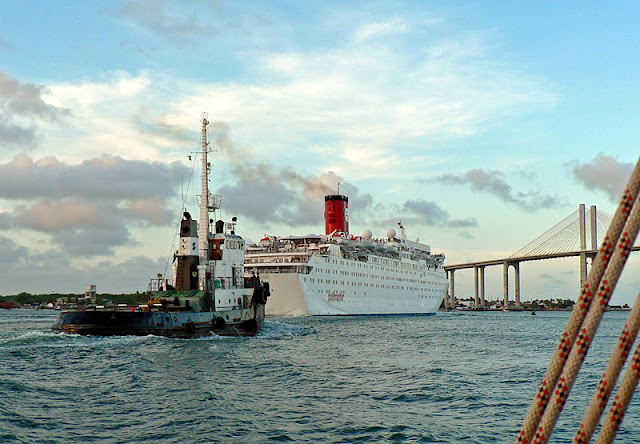 So far, we have visited two Brazilian cities, Fortaleza and Natal, and have found both of them surprisingly skyscrapery. It is perhaps their age and history that misled us to think that they would reflect more the elegance of a bygone era. 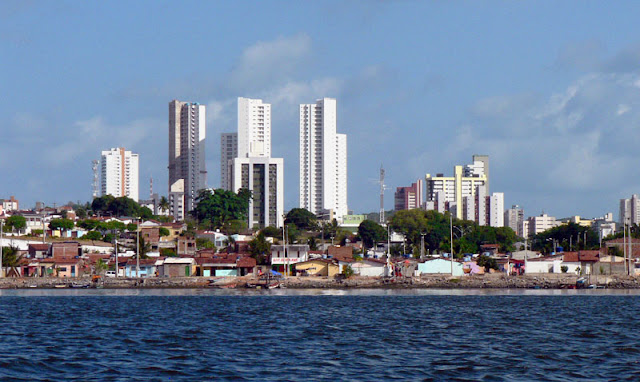 The tour of the town here in Natal revealed the two opposite sides of Brazilian living which seem to be a million miles apart; ultramodern and dilapidated buildings standing side by side, the super-rich living in their magnificent homes protected against their desperately poor neighbours by high walls, electric fences, and armed guards. 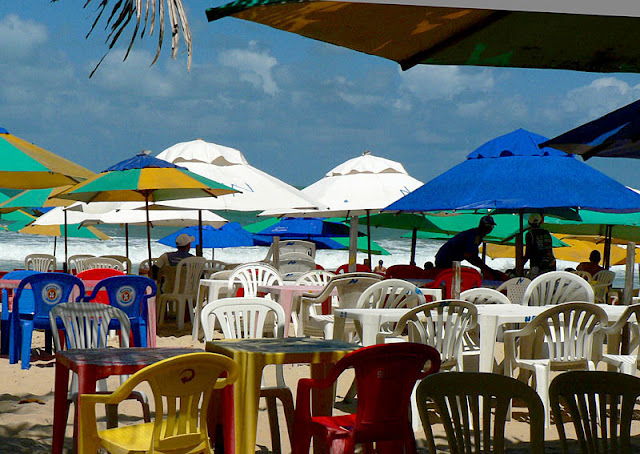 Our taxi driver's favourite subject is crime. He keeps us informed which areas are safe and which are not, where and when the latest victim of crime was killed and why. Quite often the reason is simply that the deceased had a nice watch and a mobile phone that somebody else wanted. The driver also claims that the police are all corrupt and every other taxi driver is a criminal. This is probably true at least partly as the Yacht Club, for example, only uses two taxis that they know to be reliable. This practice was introduced after one of their members was robbed by the taxi driver who picked him up from the Club. 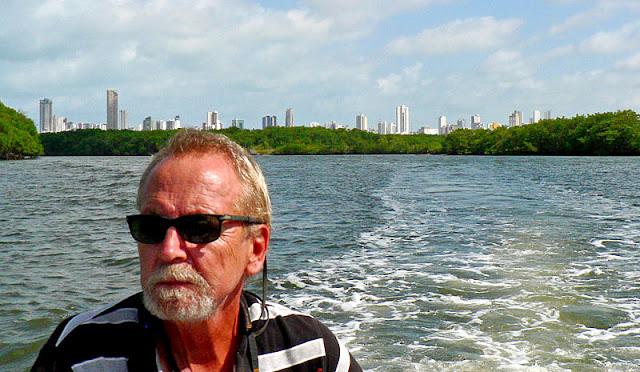 We are now perusing the three cruising guides we have on the South American east coast to find lone anchorages as far away from human habitation as possible. As we have always found the tropics not only uncomfortable but, at times, almost intolerable because of the scorching sun, we'll start heading south as soon as possible (doctor permitting) to the more gentle latitudes and hopefully more natural surroundings.
Lähettänyt RiMaK klo 12.12